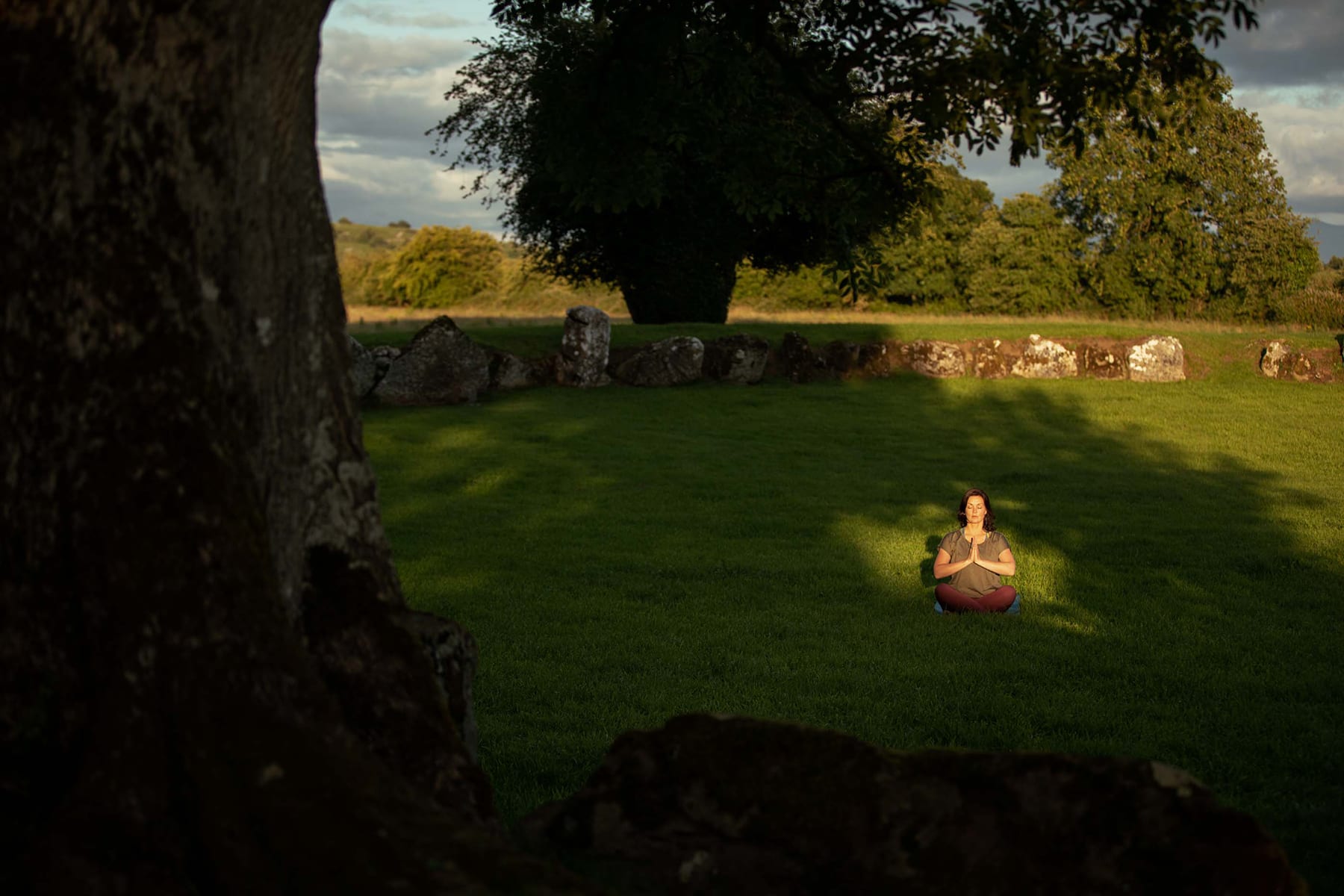 Some of you might know that I have been practicing as a solicitor and then a barrister for the past 20 years and still do… During this time, I have advanced my legal studies and also developed my love of spirituality, yoga and it’s practices. I am always seeking to understand the mystery of human consciousness.  No more no less ! I have a huge respect and wonder for the great mystery of living here on this Earth and the past and present.

Irish culture is fascinating and many layered. St Patrick heralded the coming of Christianity to Ireland. Many of our Irish traditions celebrated today come from the pre Christian times and were adopted by the Christians.

I have recently been gifted a wonderful book entitled ‘Brehon Laws, The Ancient Wisdom of Ireland’ by Jo Kerrigan, an Irish journalist which is not too heavy and packed full of interesting concise history and examples of Brehon Law. I will share some short insights from this book that might be of interest.

The Brehon laws are very old and dating from long before the coming of the Celts to Ireland. Some of the laws relating to women appear to stem from even earlier. Their origin may be concealed within the legends of the Golden People, the Tuatha de Danaan who are said to have inhabited Ireland before the Celts arrived from Spain and drove them underground. Many people believe that is where they still reside today. They are thought to have been tall fair haired and lovers of music and the arts. Many people think of them as the fairy folk. Most Irish people, even nowadays, know not to cut down a native Hawthorn tree as to do so risks the wrath of the fairies! Seriously, most farmers even in 2021 would think twice about it!

Fado, fado, and long before anywhere else in northern Europe even started to think about assembling basic laws for their country, Ireland possessed a smoothly working, humane, practical, thoughtful and incredibly detailed code of lawful behavior. Kerrigan writes that ‘even today, we are only putting back into place principles that were taken for granted by our furthest ancestors’. For example, Irish wives had a right to their own property millenia before the Married Women’s Property Act of 1870. There was simple and easy divorce by agreement. Divorce only became legal in Ireland as recently as 1996! Caring for the environment, protecting trees and looking after animals, birds and bees with love and attention was considered important under Brehon law. Remember this is years and years before St Patrick came to town.

The oldest traditions hold that the laws were first collected into one body by a great judge called Ollamh Fodhla somewhere between 700 and 1000 years BC. We were lucky to have avoided Roman invasion. Unlike our neighbors in England and in France. And as a result, our culture remained untouched, and entirely homegrown. Kerrigan writes that our laws ‘evolved from the people by the people, for the people’ and ‘laws that grew and became established through thousands of years, remained virtually unchanged this could not be said of anywhere else in Europe’.

This didn’t last with the coming of Christianity, imposing its own changes. Followed by the Vikings. And then the Normans. All of this affected our native laws but not as much as they might have done. It took the particularly determined strength of the Elizabethans English to force change, destroy old records and drive Brehon law into the depths of history where it was eventually all but forgotten.

In the late 18th and early 19th century, some of the ancient manuscripts and documents that had survived slowly began to surface. They were collected and people began to translate them. This was a difficult task because the Irish language had been outlawed for many years. It was no longer written and spoken as it had once been.  The sources that had survived were written in a very old form of the language. The use and knowledge of which had disappeared with the last of the Brehons under Elizabethan rule. The task of deciphering them continues today and will continue for a time to come.

Kerrigan writes that her short book is intended to give an introduction and some brief idea of the incredible heritage we possess in the Brehon laws. Before the coming of Saint Patrick we were a sophisticated society. She writes that ‘every person of Irish descent should be immensely proud of the Brehon Laws’ … ‘While other countries of ancient Europe swirled in confusion, Ireland held steady and calm, possessor of a unique legal system that anticipated by thousands of years much of the enlightenment we consider to be a modern achievement. Ireland led the way’

So, while we celebrate Saint Patrick and the celebration of Saint Patrick has become an International Festival, it is important to remember our culture and society long before he arrived here. This is not to in anyway disrepect or dishonour our patron Saint. This is a little pre Christian history and shows how many layers there is of culture and history here.

Here is a poem by our wonderful poet, theologian and mystic who for me symbolises through his writings and interests and life work how we can honour tradition and mystery all at once. Happy Saint Patrick’s Day.

A Morning Offering by John O’Donohgue

I bless the night that nourished my heart.

To set the ghosts of longing free.

Into the flow and figure of dream.

That went to harvest from the dark.

Bread for the hunger no one sees.

All that is eternal in me

Welcomes the wonder of this day,

The field of brightness it creates,

offering time for each thing

To arise and illuminate.

I place on the altar of dawn,

the quiet loyalty of breath,

the tent of thought where I shelter and

all beauty drawn to the eye.

May my mind come alive today

To the invisible geography

To risk being disturbed and changed.

to postpone my dream no longer

but do at last what I came here for and

waste my heart on fear no more.

From Benedictis : a Book of Blessings.

You can find out more about which cookies we are using or switch them off in Settings.

This website uses cookies so that we can provide you with the best user experience possible. Cookie information is stored in your browser and performs functions such as recognising you when you return to our website and helping our team to understand which sections of the website you find most interesting and useful.

Strictly Necessary Cookie should be enabled at all times so that we can save your preferences for cookie settings.

If you disable this cookie, we will not be able to save your preferences. This means that every time you visit this website you will need to enable or disable cookies again.